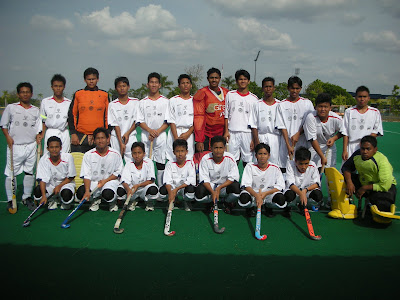 No drop in junior teams
By : Jugjet Singh

THE composition remains the same as last year as 22 teams will do battle in Division Two and Three of the Malaysia Hockey League (MHL) starting Feb 20.

The MHL this year is a combination of senior and junior tournaments, with the seniors playing in the Premier Division and Division One, with Under-19 players competing in the Division Two and Three tournaments.

Last season, 14 teams from outside the Klang Valley competed in the Junior Hockey League, and the composition is the same this year.

Each division will have 11 teams, and Division Two has five non-Klang Valley sides.

"Overall, we are satisfied with the composition of the teams, as almost the whole of Malaysia will be involved in the Under-19 category, and the MHF can conduct talent scouting," said Malaysian Hockey Federation (MHF) secretary Hashim Yusoff.

The format for the Overall title will be decided on Feb 15, when the competitions committee meets team managers.

There will be awards for the best player, top scorer, best goalkeeper and man-of-the-match in the final. Each award comes with RM500, while the fair-play reward is RM3,000.

l THE Azlan Shah Cup will only have five teams this year, as Japan and Ireland are the latest to turn down Malaysian Hockey Confederation (MHC) invitations.

MHC had invited 14 teams in total, but only India (world ranked 11th), Pakistan (eighth) New Zealand (seven) and Egypt (20th) responded positively, while the rest cited the economic crisis and prior engagements as reasons to stay away.

"We have decided to shorten the tournament, which was supposed to be held from April 3-12, to April 6-12," said MHC secretary general Hashim Yusoff.

from The New Straits Times